During my clinical rotation, I had the privilege of working with Dr G. Fishman at the Pangere Center for Hereditary Retinal Diseases. He was warning patients against the harmful effects of high energy visible light (HEV or blue light), even before the research started emerging. The research is so convincing that both Samsung and Apple have invested in technology to reduce the amount of blue light emitted from their electronic devices. The biggest source of blue light is still the sun; however, computer monitors, laptops, tablets, smart phones, LED lights, TVs, and even CFL bulbs emit blue light.

Our brain uses light to set the circadian rhythm with blue light having the greatest effect. In a recent study by BluTech, patients wore blue light filtering technology starting at 6 pm for 5 days. The results indicated that participants wearing the blue light filtering technology had an increase in melatonin, less awakening during sleep, and improved cognition vs those who did not. Harvard Health studies (Blue Light has a Dark Side) indicate that there is early research correlating increased exposure to blue light with an increase in obesity and diabetes. A paper published by the American Macular Degeneration Foundation (AMDF) reported that "the blue rays of the spectrum seem to accelerate age-related macular degeneration (AMD) more than any other rays in the spectrum". In addition, a report by the Beaver Dam Eye Study showed that "increased exposure to blue light in the teens, 20s, and 30s increased the risk of onset age AMD by 10 years, effectively doubling the chances of blindness during lifetime."

How can you protect your eyes from excessive blue light exposure?

1. Adding a blue light filter to your spectacles is an easy way to reduce exposure

2. Considering an anti-fatigue, or blue light filtering, glasses or even screen cover during prolonged computer use

A Simple Guide To Lens Coatings

Poor vision affects your child more than you think 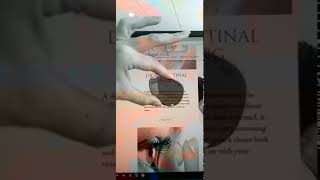 The Mystery of OHIP